Why does My Computer keeps crashing and How to fix it!

If your computer has been crashing recently, you may be wondering why and how to fix it. There are a few potential reasons for why your computer may be crashing, but luckily there are also a few things you can do to try and fix the issue. In this blog post, we’ll go over some of the possible causes of why your computer may be crashing, as well as some potential solutions to try. Hopefully, by the end of this post, you’ll have a better understanding on why does my computer keeps crashing. Not to mention that you will be able to solve the common problems that cause your computer to crash in the first place.

Why does My Computer keeps crashing?

It’s no secret that computers crash. Sometimes it seems like they do it for no reason at all, but there are actually quite a few reasons why your computer might suddenly stop working. In this comprehensive guide, we’ll take a look at some of the most common causes of computer crashes and what you can do to fix them. If you’re wondering why your computer keeps crashing, you’ve come to the right place. Here are top 3 of the most common reasons for computer crashes and how to fix them.

One of the most common causes of computer crashes is hardware issues. If your computer is crashing frequently, it could be because of a faulty piece of hardware or an outdated driver. To fix this, try updating your drivers or replacing any damaged or old hardware.

Another common cause of computer crashes is overheating. If your CPU gets too hot, it can lead to all sorts of problems, including system instability and blue screens of death. To keep your computer from overheating, make sure you have good ventilation and avoid running resource-intensive programs for long periods of time. You can also try using a cooling pad or fan to help cool down your laptop if it tends to overheat often.

Computer crashes can also be caused by software conflicts. This happens when two programs are trying to access the same file or resource, which can cause instability and ultimately lead to a crash. To fix this , try uninstalling any programs that you don’t use regularly , as well as any third – party applications that might be causing conflicts. You can also try disabling certain features in programs that are known to cause conflicts.

How to fix computer crashing?

Computers crash for a variety of reasons. Sometimes it’s a simple software issue that can be fixed with a restart or an update. Other times, it could be caused by hardware problems or malware. In this comprehensive guide, we’ll discuss the top reasons for computer crashes and how to fix them later. Also if you want you can check this 10 ways to fix computer crash, But only if the rest of ways I mention in this article is not useful for you. The reason for that is because above mentioned ways are little bit technical than the solution mentioned below.

Computers crash for a variety of reasons. Sometimes it is due to hardware failure, while other times it is because of software issues In either case, it can be frustrating when your computer crashes and you are not sure why. This guide will give you some tips on how to fix your computer crashing problem. There are many different reasons why computers crash It could be a hardware issue, such as a faulty processor or bad memory Or, it could be a software issue, such as an incompatible driver or virus. No matter what the cause, there are several things you can do to fix your computer crashing problem.

If you suspect that hardware is the cause of your computer crashing, then you should check all of the connections inside your computer. Make sure that everything is plugged in correctly and securely. You may also want to try replacing parts that seem to be causing the problem. If this does not solve the issue, then you should take your computer to a professional for further diagnosis.

If you think that software is the root cause of your computer crashing, then you should run a virus scan and remove any malware from your system. You should also update all of your drivers and install any missing patches for your operating system. These steps should fix most software-related issues that can cause crashes However, if these do not work, then you may need to reinstall your operating system or contact a technician for further help. But usually when you go to windows updates and update to the latest version, the issue will not be there anymore.

If your reaching a technician online, share some video of the

Computers crash for a variety of reasons. Sometimes it is due to a software problem, while other times it is because of hardware issues. In either case, there are solutions that can help you fix the problem and get your computer up and running again. One of the most common reasons for computers to crash is because of a software issue This can be anything from an incompatible program to a virus or malware infection. If you suspect that this is the cause of your crashing issue, then you should run a virus scan and see if anything comes up. You may also want to try uninstalling any new programs that you have installed recently as they could also be causing the issue.

Another common reason for computers to crash is because of hardware issues. This can include things like bad drivers or faulty components. If you think that this might be the cause, then you should check all of your drivers and make sure they are up to date. You may also need to replace any damaged or defective parts on your computer. If you are still having problems with your computer crashing, then it may be due to a more serious issue such as a corrupt file system or registry In these cases, it is best to contact a professional who can help you fix the problem so that your computer will start working properly again. If its a software problem, then most likely formatting and reinstalling the windows will solve the issue.

Ways to fix a crashed computer

This guide will show you some of the top reasons for computer crashes and how to fix them. We’ll start with the most common causes and work our way down to the more difficult ones. One of the most common reasons for computers to crash is because of corrupt or outdated drivers. Drivers are what allow your operating system to communicate with your hardware. When they are out of date or corrupt, it can cause all sorts of problems. The good news is that updating your drivers is usually pretty easy. You can usually do it right from within your device manager. If you’re not sure how, there are plenty of guides online that can help you out.

Another common reason for crashes is because of malware or viruses as I have mentioned multiple times in this blog post. If your computer gets infected with something, it can really screw things up. That’s why it’s important to have a good antivirus program installed and running at all times. And if you do get infected, make sure you run a full scan as soon as possible to get rid of the problem.

Furthermore, if your computer crash is caused my a software issue, Then installing the latest windows update from your setting might also help. Its something you definitely want to try before worrying over your head.

How to prevent computer crashes

Computers crash for a variety of reasons Often, it is due to an error in the programming code or a corrupted file. There are ways to prevent computer crashes, and there are also ways to fix a crashed computer. Here, we will take a comprehensive look at the causes of computer crashes and how to fix them.

If your computer keeps crashing, there could be several reasons why. Fortunately, there are also several things you can do to fix a crashed computer. Top reasons for computer crashes include outdated software or hardware, corrupt or missing files, and overheating. To prevent your computer from crashing in the future, be sure to keep your software and hardware up to date, run regular maintenance scans, and keep your PC clean and well-ventilated.

If somehow this guide did not solve your computer crashing problem, I recommend you watch the below video which is more in-dept. 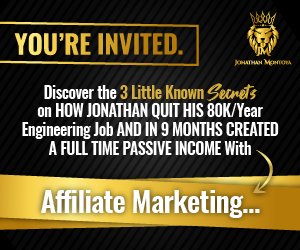